Living Apart, Together: How Croatia Does Multifamily Housing

Around the world, multiple families living together in close quarters is all too common. But in the United States, where 70% of the country’s residential neighborhoods are zoned exclusively for single-family homes, multifamily housing remains a foreign concept.

As Americans, we’re used to the idea of flying the coop at 18 and fending for ourselves. But this norm is starting to lose steam as droves of young people move back in with their parents out of economic necessity during the COVID-19 pandemic. What’s more, as the population grows and the need for new housing increases, demand for multifamily homes in the United States will continue to grow in the coming years.

But what does living in a “multifamily home” actually look like? And what can we learn from places where this style of living is the norm?

To answer these questions, let’s take a look at an example from our staff writer’s home country, Croatia, where multifamily residential units prevail over the single-family home.

What is multifamily housing?

The terms multifamily residential housing and multi-dwelling units (MDU’s) refer to much more than just apartment buildings and high rises. They denote a broad category of housing that refers to buildings that contain several individual units, or any complex that contains several different structures: think apartment houses, duplexes, triplexes, fourplexes, cottage clusters, ADU’s, and lofts, to name a few. Depending on the style of housing, the units can be laid out next to each other, stacked on top of each other, or laid out in close proximity in the same lot. 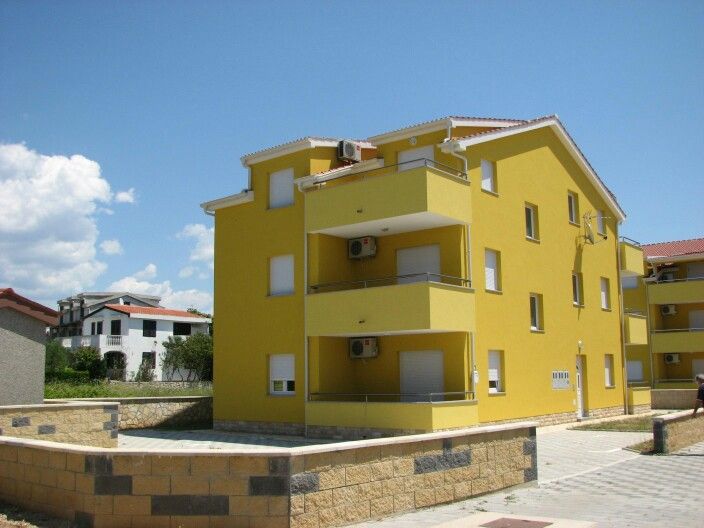 In Croatia, it’s common to see structures that look like enormous, blocky, concrete houses that, from the outside, look like sprawling lego mansions.

But what you might not immediately notice is that the majority of these structures contain two, three, four, or more flats that each take up an entire floor of the “house.” They’re usually connected by a stairway of some sort (whether visible on the outside or on the inside of the structure, invisible to street-level onlookers) by which you can access each level of the structure.

Oftentimes, a different generation of the family lives in its own story (flat) of the apartment house. For those who live in sunnier climates with bustling summer tourist seasons, many families live in one flat while renting out upper floors to tourists during the warmer months.

Let’s look at two examples from some friends of mine to show you what multifamily housing in Croatia looks like in practice. 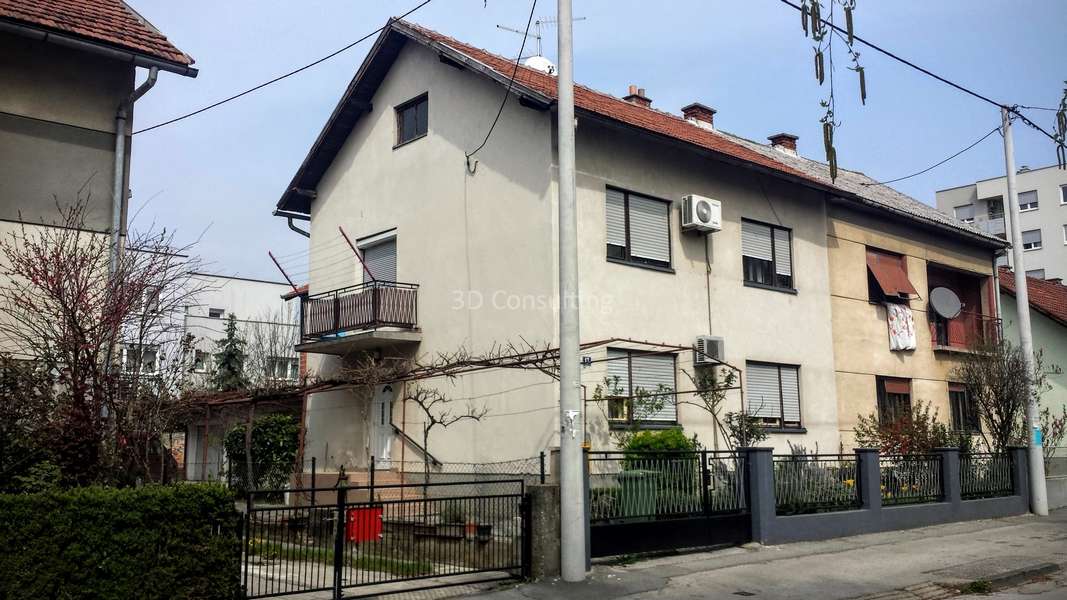 Arijana (Pronounced Ahr-ee-yana) lives in a 2-flat apartment house in Croatia’s capital, Zagreb. The two flats are connected by a staircase inside the structure –– where her grandparents live downstairs on the street-level first floor, while Arijana, her husband, newborn baby, and mother live in the flat upstairs. Each family unit has its own kitchen, bathroom and tub, living room, two bedrooms, and dining room.

The separation of the two flats by a short indoor staircase provides them with a closeness that allows them to help each other with daily tasks — especially when it comes to caring for both its elderly and newborn members.

Both units share the backyard space and garden, where its members can split time (or share time) tending to the veggies, grilling, eating, drying clothes, and socializing. 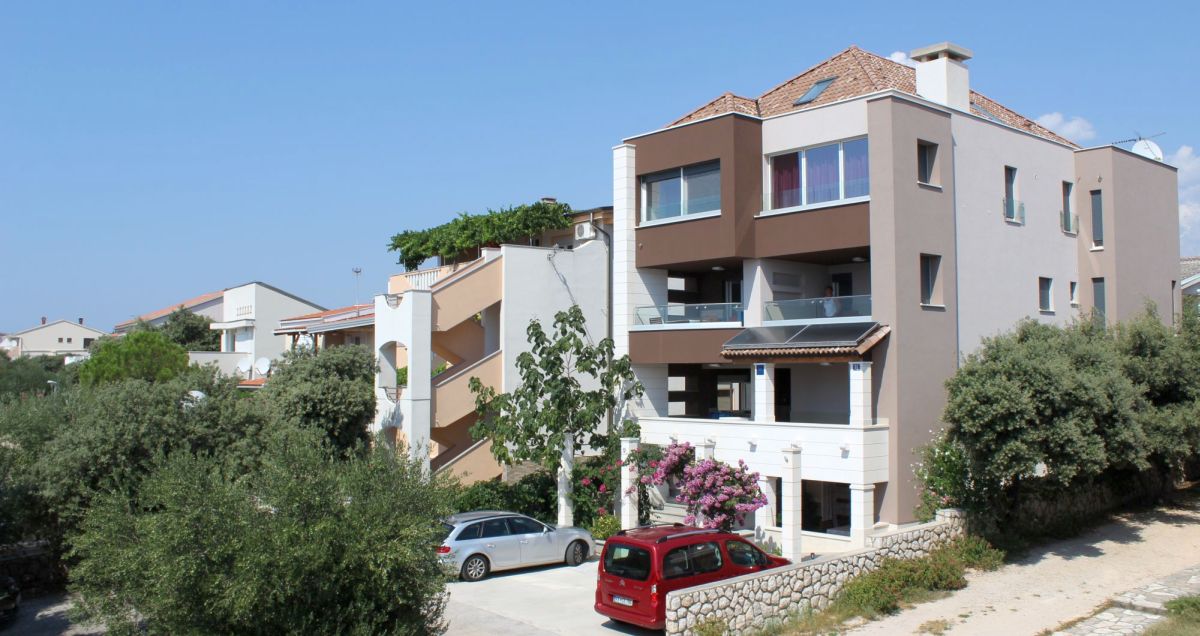 Danijel (Pronounced Dahn-ee-yell) lives on the island of Hvar, where he lives in a four-story apartment house, half of it occupied permanently by two generations of his family, and the other half rented out to tourists in the summer season. In the basement of the apartment house is a working cellar, or konoba, where his parents and grandmother make wine.

His parents live on the first floor with his grandmother, brother, his brother’s wife, and their two newborns. Danijel and his partner live on the second story. The third floor consists of two apartments for summer rent, fully equipped with the works (kitchen, bath, living room, bedroom). The fourth (top) floor comprises 6 smaller studios for summer rent, each with a queen-sized bed, half-bathroom, and kitchenette.

All four stories share a sizeable front patio, parking lot, and backyard space where the families, tourists, and friends aplenty get together for parties and cookouts.

Is multifamily housing available in Oregon?

Multifamily housing similar to what we see in Croatia will be made more available in Oregon in the coming years, made possible by revolutionary new land-use reforms like HB 2001 and the RIP.

These reforms are one small part of a growing movement to do away with exclusionary single-family zoning, increase housing density, and diversify housing options. With the coming reforms, Oregonians will have the option to add structures like duplexes, triplexes, ADU’s, and cluster cottages to lots with existing detached structures. 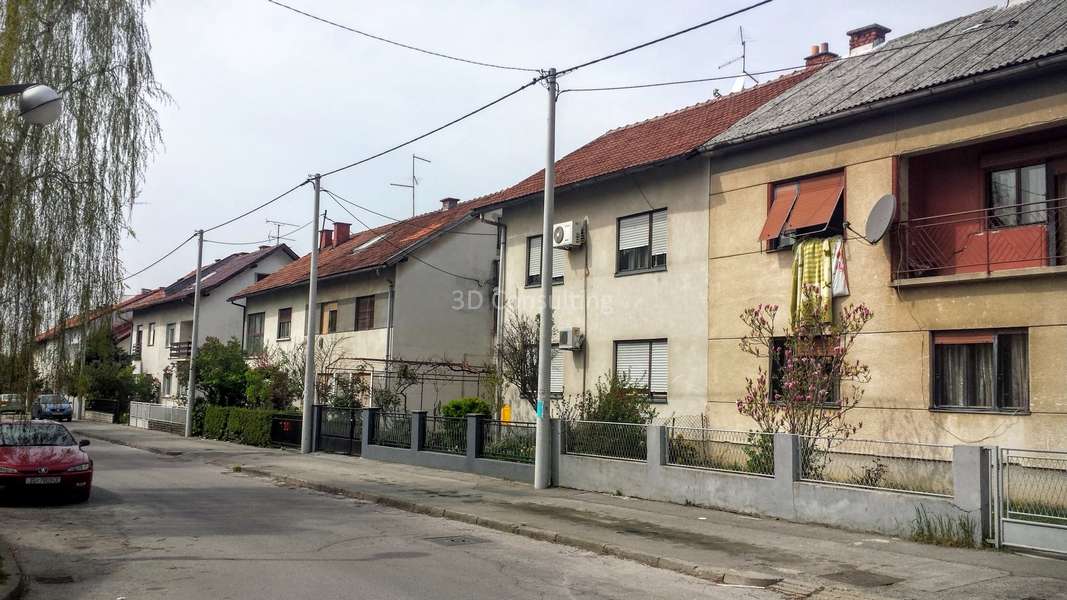 What Americans can learn from multifamily housing in Croatia

Lest we forget, there are deep economic, cultural, and historical factors that influence the way multiple Croatian families live together and get along – or not (read: socialism).

But no matter where you are, whether you’re living in an urban apartment complex next to complete strangers or a coastal 4-flat building with your parents and grandparents, there are myriad benefits that can be attributed to this style of living.

Financially, we know multifamily structures tend to be more compact, affordable alternatives to single-family homes. Socially, living in a multigenerational household (like my friends Arijana and Danijel), can make caring for newborns and aging parents alike a much easier, simpler task. Both of these spill over into the health benefits of multifamily life: like reducing expenses and chronic isolation, while increasing access to family care and shared resources.

We’re not saying that all multifamily or multigenerational living situations are fairy tales – far from it. But we do want to drive home the point that, when done right, multifamily housing can be a means to increase social cohesion, lower costs, and improve quality of life.

From raising a new family to aging in place, if you’re thinking about making a change to your housing situation, consider thinking outside the single-family house.

Curious about what’s possible on your property? Contact our team of ADU designers and space strategists and we’ll help you find out.